We love that nursery rhymes are excellent tools for helping your kids develop their language and comprehension We wanted to start this a series about the history of your kids favorite sing along songs. Mary Had a Little Lamb is our first and the perfect example of a nursery rhyme style classic that is a favorite of children across the globe.

Did you know that Mary Had a Little Lamb was one of the most popular children’s songs of all time?! It was originally published as a poem by Sarah Josepha Hale in 1830 and recorded on Thomas Edison’s newly invented phonograph in over 40 years later in1876. It’s hard to imagine how

A cool legend about this song is that it was inspired by an event that happened in real life.  A young girl named Mary Sawyer had a pet lamb, which her brother suggested she bring to school one day. Of course, the appearance of a lamb at a school incited quite a commotion, and drew the attention of a reverend’s nephew, who wrote the three original stanzas of the poem and gave it to the writer, who augmented it and then published it as a poem. Sara Josepha Hale went on to become a successful writer, publishing her first novel, Northwood, in 1827, and serving as the editor of Godey's Ladies Book, one of the 19th century’s most popular women's periodicals. She spent the majority of her life writing about and championing women’s education and development.

Mary Had a Little Lamb is often referred to as the "best known four-lined verses in the English language,” which makes perfect sense why kids still LOVE it!

Watch it now on Baby Genius on Amazon Prime! 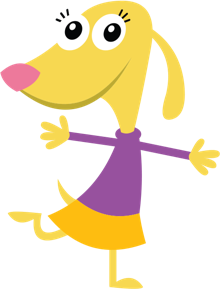